Skip to content
Please use and enjoy it, and if you can make a donation of any amount, we'd appreciate it immensely 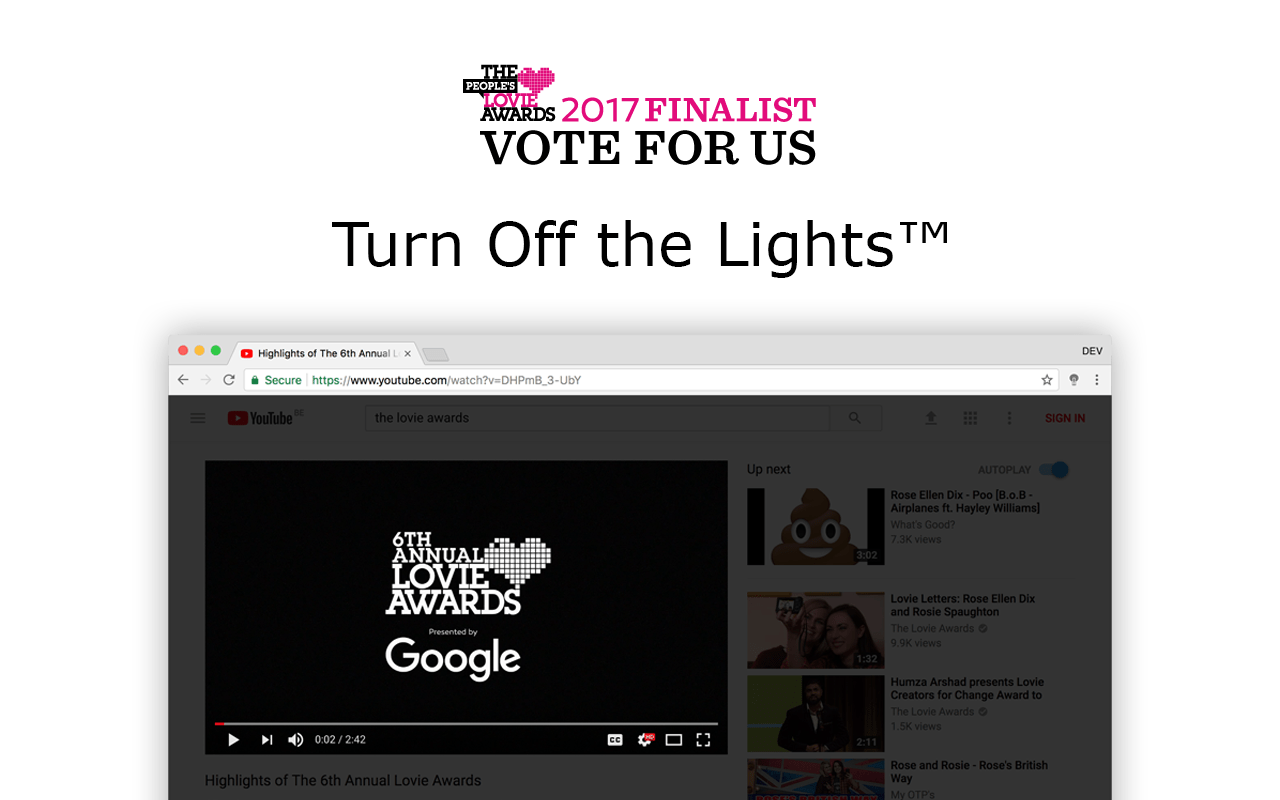 The Lovie Award announced that Turn Off the Lights Browser extension for YouTube and Beyond named finalist for best Websites, Web Services & Applications in the 7th annual Lovie Awards.

This is a Major Achievement: What Does It Mean to Be a Lovie Awards Finalist?

This is an unparalleled honour! This was The Lovie Awards most competitive season yet, with nearly 1,500 entries from 33 countries. As a Finalist, our work has been selected as among the best in its category and is in the top 20% of all work entered and now competes for Europe’s two most coveted awards: the Gold, Silver and Bronze Lovie Award, as chosen by the Academy in each category, and the People’s Lovie Award, voted on by the online public. These Awards are a mark of distinction for European Internet excellence.

Voting for People’s Lovie is open from today, 19 September to Thursday, 5 October at 11:59 BST:
Vote Now for Turn Off the Lights – The Lovie Awards

Share this ArticleLike this article? Email it to a friend!
Email sent!